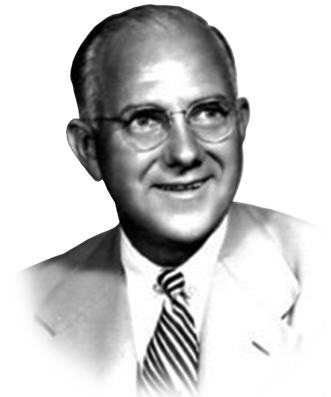 For those of a certain age, the yo-yo and the Duncan name will always be connected.

Although the basic yo-yo design has been around for at least 2500 years, the toys appeared in western Europe about 1800 as the bandaloe in England and incroyable or l’emigrette in France. Yo-yo is a Tagalog word from the Philippines. The persistent story that they had been used as jungle weapons may have been invented as a sales ploy.

By the mid-1800s yo-yo toys made it to the U.S from Britain. The word yo-yo was first heard here in the U.S. in the 1920s when Pedro Flores, a Philippine immigrant, began making the toys in California. Flores had more interest in demonstrating and teaching skills than manufacturing. Duncan, already a successful businessman, bought the rights about 1929 and trade marked the name. Pedro Flores remained active in promoting and making yo-yos his whole life.

Duncan made improvements to yo-yo design, but it was his marketing skill that led to an explosion of popularity in the 1930s. The story is that given 2 minutes with William Randolph Hearst, their talk extended to over an hour, with an agreement that Duncan would hold demonstrations and competitions and that Hearst would give a yo-yo to participants that brought a number of newspaper subscriptions. Yo-yo and newspaper sales boomed.

Duncan continued innovative promotions through the 1950s. The company moved to Lusk, Wisconsin in 1946, where they made up to 3,600 yo-yos per hour. Donald Duncan Jr. became president of Duncan toys in the 1950s and continued effective promotions. Television advertising led to a record 45 million yo-yos sold in 1962. The company could not keep up with the demand; high expenses for both manufacture and advertising, along with loss of the trademark for the yo-yo name in a costly legal battle, led to bankruptcy in 1965. The Flambeau Plastics Company bought the rights to the Duncan name and still makes plastic Yo-Yos with the Duncan name.

The tangled history of ice cream novelties does include Donald Duncan as an early owner of a Chicago Good Humor franchise. Good Humor bars were first made in Youngstown, Ohio in the 1920s, and patented in 1923.

The Eskimo Pie, America’s first chocolate covered ice cream bar debuted in Onawa, Iowa, first with the name I-Scream-Bars. While he sold plenty of them, it is a myth that Duncan invented the Eskimo Pie.

The first successful parking meter, called the Black Maria, was based on a design by Carl C. Magee and Gerald A. Hale. First installed in Oklahoma City in 1935, meters proved very popular with city governments and merchants. Donald Duncan began experimenting with meters in 1937. The division’s success dominated the Chicago plant and led to moving the toy company to Wisconsin. Duncan meters, well known for being durable and vandal proof, continued to be made in Elk Grove Village for many years. The Duncan Solutions Company, now based in Australia, still offers parking enforcement machines. Of Donald Duncan their web history says “He employed a vastly improved mechanical design and marketed it with such flair that by 1959, the Duncan parking company was manufacturing over 80 per cent of all the meters being installed around the world.”

Donald Duncan Jr. graduated from OPRF HS in 1945. After the 1965 bankruptcy he started several new companies to make yo-yos and other toys. After he retired he opened the Yozeum in Tucson, AZ and later moved with it to Bartlesville, OK. The Yozeum closed not long before his death in 2003; much of his yoyo collection is now in the Smithsonian Institute in Washington.

Growing up in an Oak Park house full of yo-yos, Donald Jr. once said that his friends teased him about parking meters being his “piggy bank.”

For anyone wanting to take a deep dive, a wealth of yo-yo trivia can be found. My favorite: in the 1784 play The Marriage of Figaro by Beaumarchais, Figaro appears with a yo-yo and the line, “It is a noble toy, which dispels the fatigue of thinking.”

No, none of these were invented by the Duncans, but as improved and promoted by them, all three are forever associated with the Duncan name.

Submitted by John Elliott with additions by Frank FioRito, 2022.