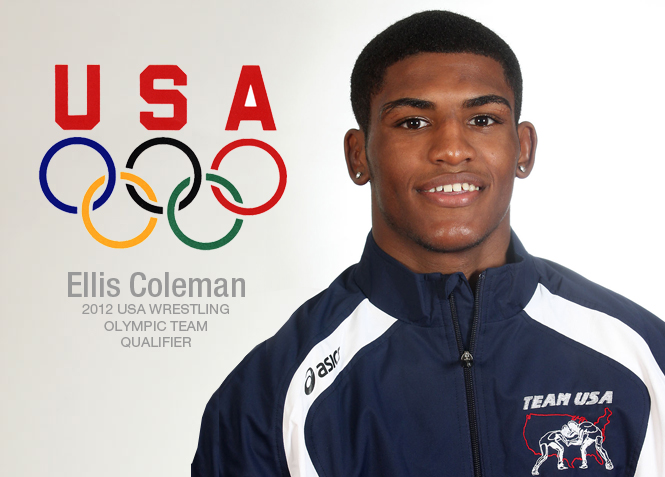 Ellis Coleman moved to Oak Park from nearby Chicago's West Side when he was in elementary school. He began wrestling at age 9 with area youth wrestling clubs, where he found a mentor in coach Mike Powell. He was a key member (along with his brother, Lillashawn) of the Oak Park & River Forest High School wrestling team. In 2009 the team won state Class 3A team championship and Ellis had a 49 to 1 winning record. After high school he trained at the U.S. Olympic Training Center in Colorado Springs. In 2011 he won a bronze medal at the Junior World Championships. At age 20, Ellis Coleman was the youngest member of the U.S. Olympic Wrestling Team at the 2012 London games. With help from the OPRF wresting program, his mother and other family members were able to see him on the world stage. In 2013 he enlisted in the US Army and its world class athlete program. From 2013 to 2020 he won five gold medals at the Greco Roman US Open Championships and silver and bronze medals at the Pan American Games. In 2021 he joined the US Olympic team an alternate at the Tokyo games, helping to train younger wrestlers. He explains his continued commitment to the sport at age 29 by saying “this is bigger than me”. Sgt. Coleman, who wrestled at 132 lbs, looms large in Oak Park-River Forest history.

To learn more about Coleman's rise to Olympic greatness and to see his famous "Flying Squirrel" maneuver, view this short interview on YouTube.