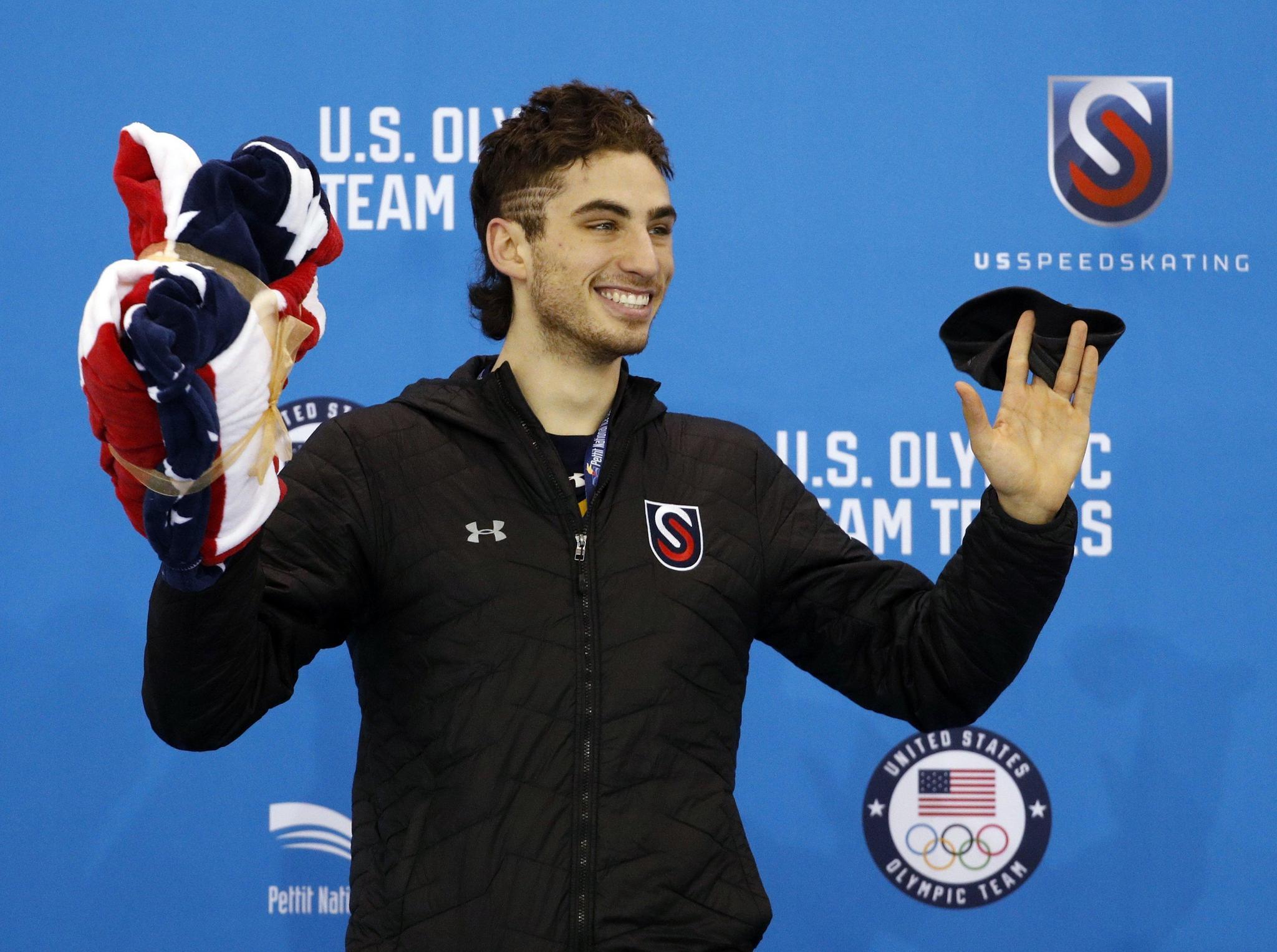 Emery Lehman began speedskating at the age of 9 to improve his ice hockey skills, but he soon began to rise quickly through the junior ranks of speedskating, becoming the 5000 meter U.S. Junior Champion in 2011; in 2013 he was the gold-medalist at 5000 meters in the World Junior Championships in Italy. As a 17 year old Senior at Oak Park and River Forest High School, Lehman became the youngest member of the U.S. Olympic Speedskating Team and the youngest male U.S. athlete at the Sochi Games. At the U.S. Olympic Trials, his dramatic come-from-behind victory in the 10,000 meter race, along with his second place finish at 5000 meters, won him a place on the team. Emery Lehman was the top U.S. finisher in both of the events in which he competed in Sochi. At the 2018 Winter Games in Pyeongchang, he participated in the 5000 meter race and the Men's Team Pursuit event. This talented athlete also played lacrosse and ice hockey at Oak Park and River Forest High School.