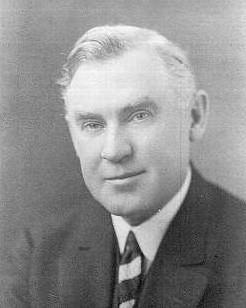 Maher was born on December 25, 1864 in Mill Creek, West Virginia. Educated in the public schools of New Albany, Indiana, George Maher began his architectural education in 1878 as an apprentice to the Chicago firm of Bauer & Hill and finished his training in the office of Joseph L. Silsbee. A noteable Prairie Style architect, he designed the Farson-Mills Pleasant Home in Oak Park.

In December 1888 he entered a partnership with Charles Corwin which lasted until June 1893 when Maher went to Europe for a year of study and sketching.

Following his return from Europe, he married Elizabeth Brooks on October 25, 1894. Maher resumed architectural practice the same year, but practiced alone until 1921 when he was joined by his son, Philip. He died September 12, 1926 in Douglas, Michigan.

(From page 92 of Guide to Frank Lloyd Wright & Prairie School Architecture by Paul E. Sprague, published 1986 by the Village of Oak Park.)