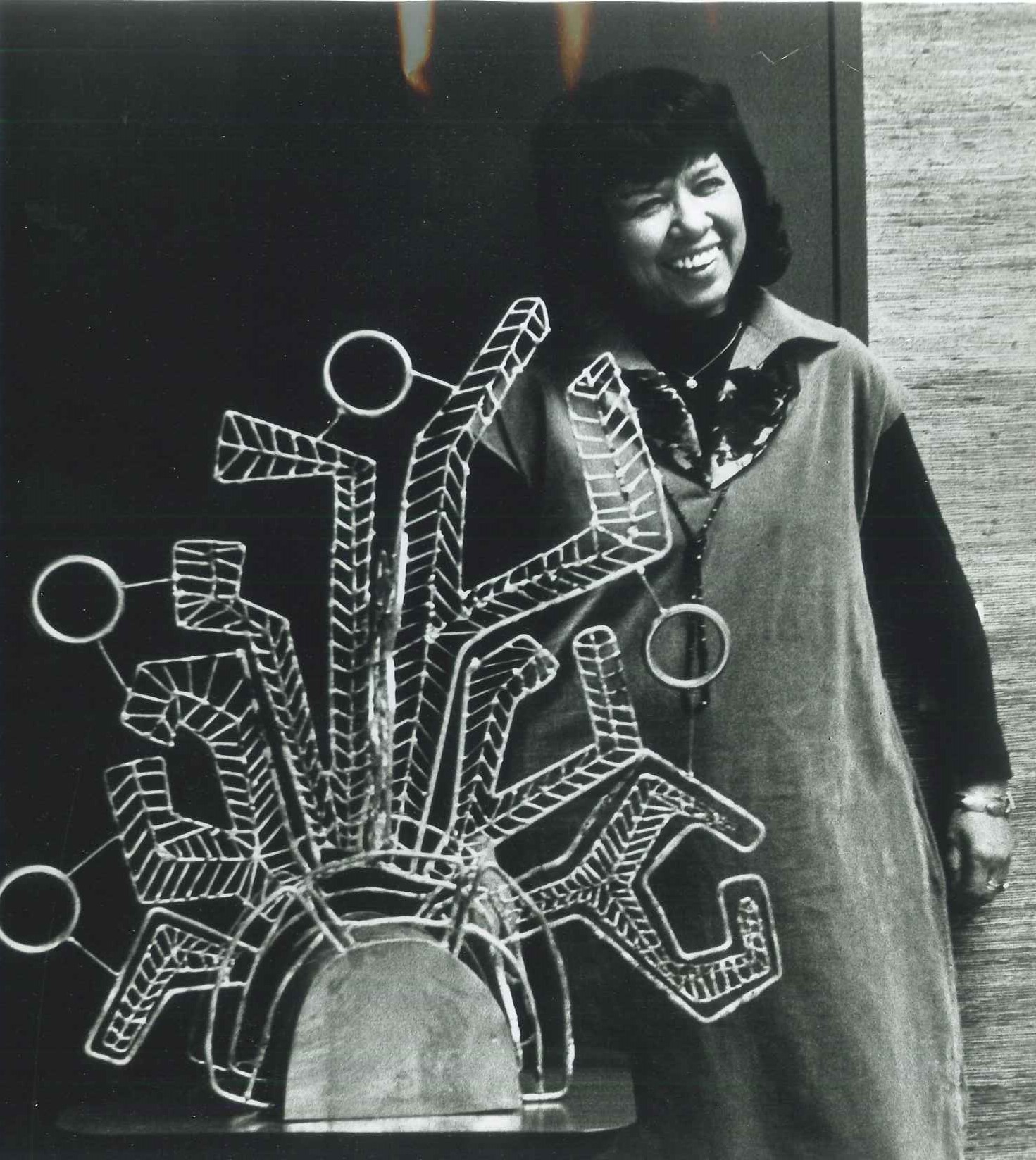 World-renowned sculptor Geraldine McCullough spent the second half of her long career living and working in our villages.

Perhaps she is best known locally as a long-time Dominican University art professor or as the creator of the 12-foot-high brass and copper sculpture called The Pathfinder outside Oak Park Village Hall. But her roots are deep in our community and the Chicago area, with her impact extending to her statue of Dr. Martin Luther King, Jr. near the Illinois State Capitol and in museum and private collections around the world.

McCullough was born in Arkansas and came to Chicago as a small child.  She earned both bachelor’s and master’s degrees from the Art Institute of Chicago and went to work as an art teacher at Wendell Phillips High School on Chicago’s South Side for about 15 years. At that point as a teacher and artist, she focused on painting and drawing.  But her husband Lester was a welder and she became fascinated with the process. After he taught her the basics of his trade, her vision of creating large-scale metal sculptures exploded as she entered her second act, moving beyond secondary education to the university and to international recognition as a modern sculptor who freely incorporated influences from her own culture and was often inspired by a diversity of cultures and eras.

In 1964, she was hired to be a professor at Rosary College (now Dominican University) and would serve on the faculty for 25 years, about half the time as Chair of the Art Department.  The next year, her sculpture Phoenix won the Philadelphia Widener Award, the highest prize in American sculpture.  She moved to Oak Park at that time, having difficulty finding a home because of racial discrimination in housing, before the Fair Housing ordinance of 1968.

In the mid-1970s, she and her husband purchased an abandoned CTA power station at 117 S. Lombard.  In that dilapidated 1903 structure, they created a home and utilized its three-story-tall main section to create a studio so she could build her large-scale art where once upon a time equipment ran around the clock to power the Lake Street EL.  It was there, just a block south of our OPRF Museum and adjacent to the main village Public Works facility, where she would spend the last 30 years of her life.

McCullough’s work arose from her own life experiences but also searched for universal truths even early in her artistic journey.  Here is what she said when her sculpture Phoenix, which thrust her onto the national stage, was first in the public eye and featured in Ebony magazine in 1964. “It seemed to me that the Negro, crushed so long under the weight of oppression, is now re-born and soaring toward complete freedom,” said McCullough.  “That was the inspiration for Phoenix, but actually, what I tried to express in the piece was something more universal … that universal struggle of people and things, their wrestling with adversity, their eventual triumph and the perfection that results from their struggle.”

In 1977, Phoenix Rising was created to adorn Maywood’s Civic Plaza near 5th Avenue and Fred Hampton Way.  It was similar to her original 1964 award-winning Phoenix sculpture, but three times larger, and remains a local landmark today.