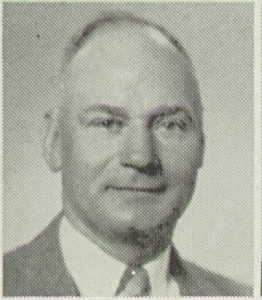 Born in Nottingham, England, John W. Wood was a top English football (soccer) player, coach, and official who played for England in five international matches. He emigrated to the U.S. in 1906 and played for several east coast soccer teams. Wood became the head soccer coach at Oak Park & River Forest High School in 1927, where he won eleven unofficial state titles; he retired in 1955. He was president of the National Soccer Coaches Association in 1949. Wood coached the U.S. soccer team at the 1952 Olympic Games in Helsinki and was inducted into the National Soccer Hall of Fame in 1953. He died in 1959 in Nashville, Tennessee.