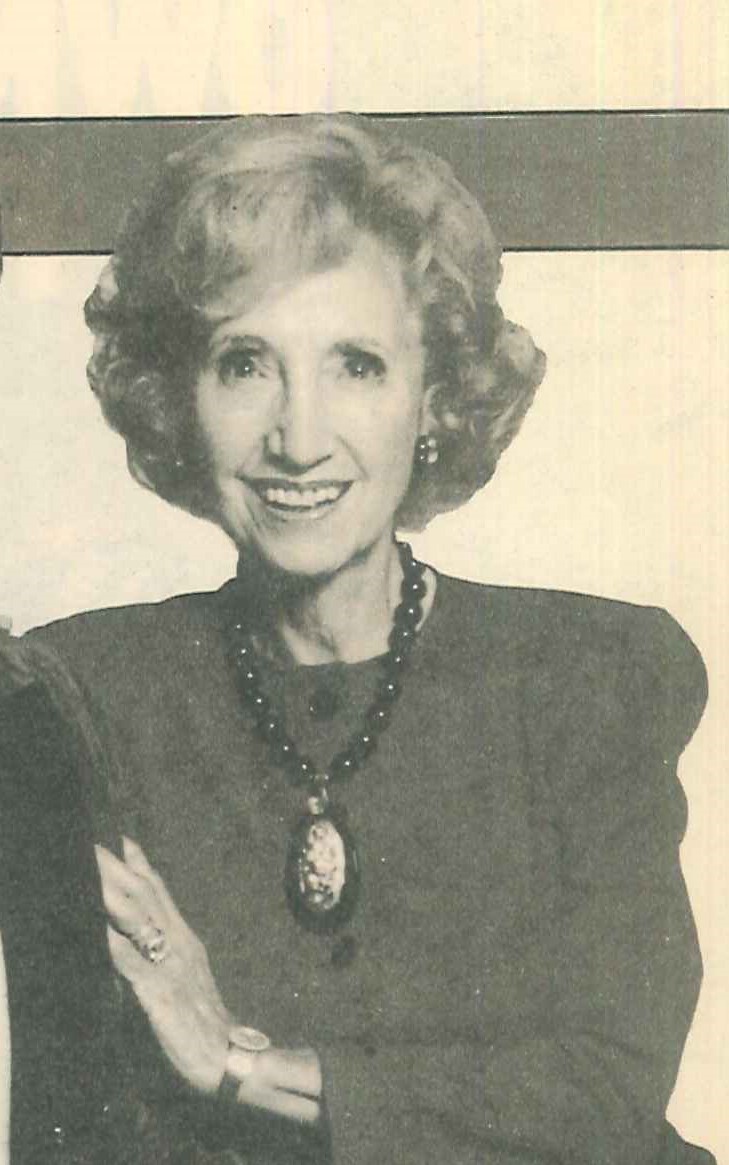 Destined to become “the First Lady of Radio”, Lynne Cooper met Paul Harvey in 1939 when they both were working at KXOK, a local radio station in her home town of St. Louis. She was a Phi Beta Kappa graduate of Washington University and from a prominent family. He was a college dropout just starting out in local radio. He had no car. She drove a sporty Nash convertible. Smitten, he proposed on their first date. They married the following year. The rest of the story is broadcasting history.

As Harvey’s producer, writer, director and business manager Lynne, or “Angel,” was the driving force behind Paul’s rise to national broadcasting stardom. She provided the creative and practical decision-making behind what was called “the greatest one man network in history”. One man was behind the microphone, but always in the wings was his wife and manager, who made it possible for his success at hosting daily news and commentary programs on hundreds of radio and televisions stations with millions of loyal listeners and viewers. She convinced him to move to the national network hub of Chicago in 1944. By the early 1950s he was signed by ABC to a contract that lasted decades and earned millions of dollars for their production company Paul-Lynne Productions, headquartered in their River Forest home, where they raised their son Paul Jr. That family business, with Lynne as manager, sustained Harvey’s presence on American radio and television until his death at 90 in 2009, just months after his Angel, partner and soulmate died of leukemia at age 92.

Her professional career earned her induction to the Radio Hall of Fame; the first producer to be so honored. Locally, she was known for her private philanthropy that included, among others, support for the Animal Care League, Infant Welfare Society, the Oak Park River Forest Historical Society, the Children’s Home and Aid Society and the Museum of Broadcasting Communication. The Lynne Cooper Harvey Foundation continues her support for animal and children’s welfare.