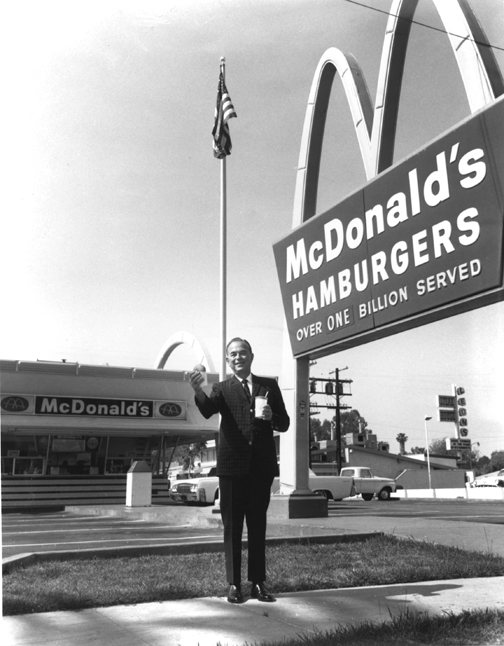 Kroc, who grew up in south Oak Park and attended Lincoln School and Oak Park River Forest High School, had wanderlust as a young man, working as a jazz pianist, a radio music director, and a realtor in Florida.

At Lily Tulip Corp. in middle age, he became the nationwide distributor for the Multimixer (a six-prong mixer to blend six milkshakes at once.)

Kroc created a new category of "fast food restaurant" and pledged consistent quality, service, cleanliness, and value. A Harvard Business school professor described him as the "Henry Ford of the service industry."

Late in life he owned the San Diego Padres baseball team and was involved in many charitable activities such as seeking cures for diabetes, arthritis, multiple sclerosis, and chemical dependency.