Americans are often fascinated by European royalty, and many villagers will confess to the guilty pleasure of watching recent British Royal Weddings. However, this is not a recent phenomenon, as evidenced by the excitement and to-do surrounding Oak Park’s own encounter with royalty.

On May 4, 1939, Crown Prince Olav of Norway and his wife, Princess Martha, paid a visit to Oak Park during a good will tour of the United States. This was their first public appearance of the tour. The Crown Prince and Princess were driven to Oak Park with a police motorcycle escort to attend a brief church service at the United Evangelical Lutheran Church on the corner of Ridgeland and Greenfield. Some 4000 Oak Parkers, many of Norwegian descent, packed the church and surrounding blocks to try and glimpse the royal couple. Students at Hatch School, across the street from the church, were dismissed to “assist in the welcome of the royal couple.” United Lutheran was selected for this honor because it was touted as one of the most outstanding Midwestern examples of Norwegian Lutheran church architecture. 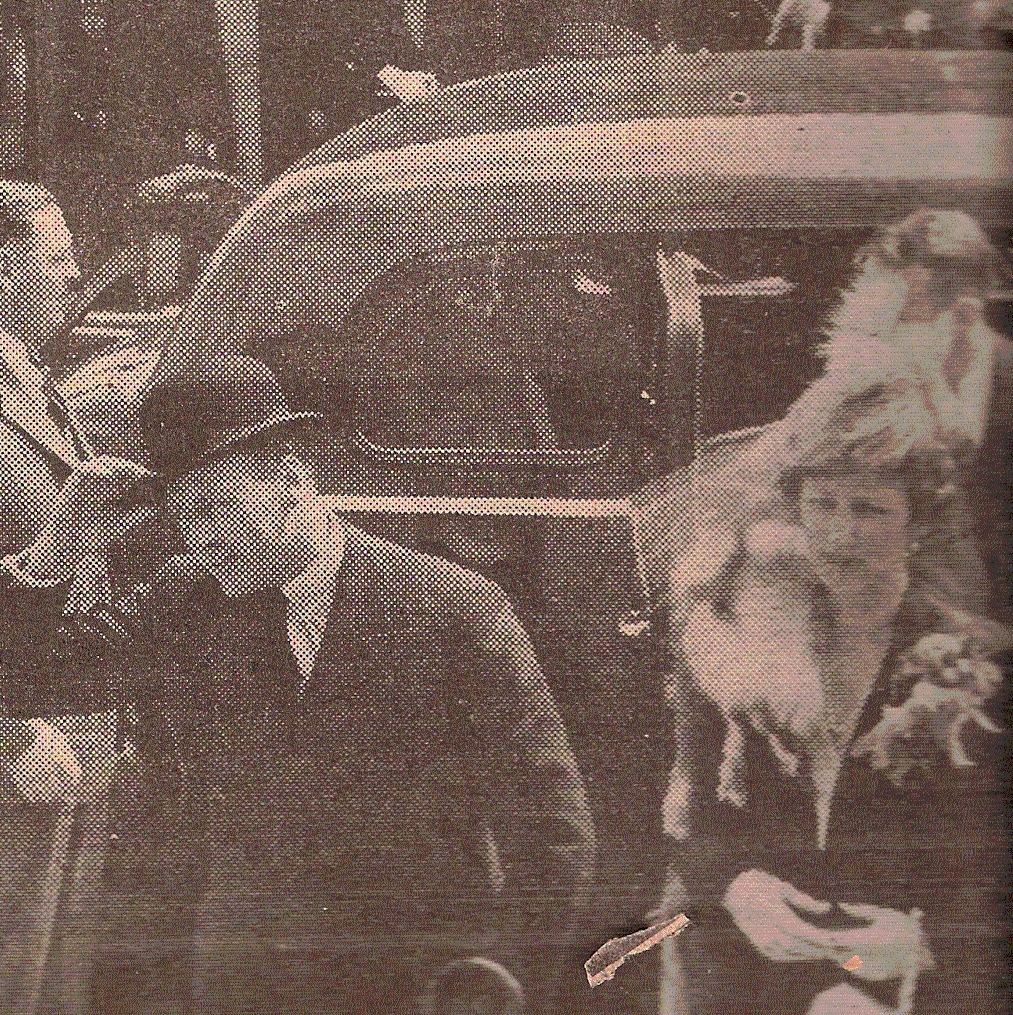 Pastor and Mrs. Edwin Hegge served as hosts, and Mrs. Hegge presented the Princess with a bouquet of roses before leading the couple to their seats. The brief service included music by the United Lutheran organist, Arnold Schultz, and the choir, prayers, a welcome talk, and the presentation of an engraved Bible. The service ended with the singing of the Norwegian National Anthem by the entire audience.

Crown Prince Olav’s extensive military training soon served him well as Norway resisted Nazi occupation during World War II. He served as a key advisor to his father, King Haakon, and the Norwegian government, both in Norway and later in Britain when the government went into exile; he became King Olav V in 1957.

The down-to-earth qualities that endeared him to the Norwegian people, where he was known as “The People’s King,” apparently failed to impress some Oak Parkers. Upon their arrival at the church, there appeared to be some delay and uncertainty as to how to proceed, causing one spectator to remark, “They look like a couple of good looking farmers pretty well upset by all this fol-de-rol.”