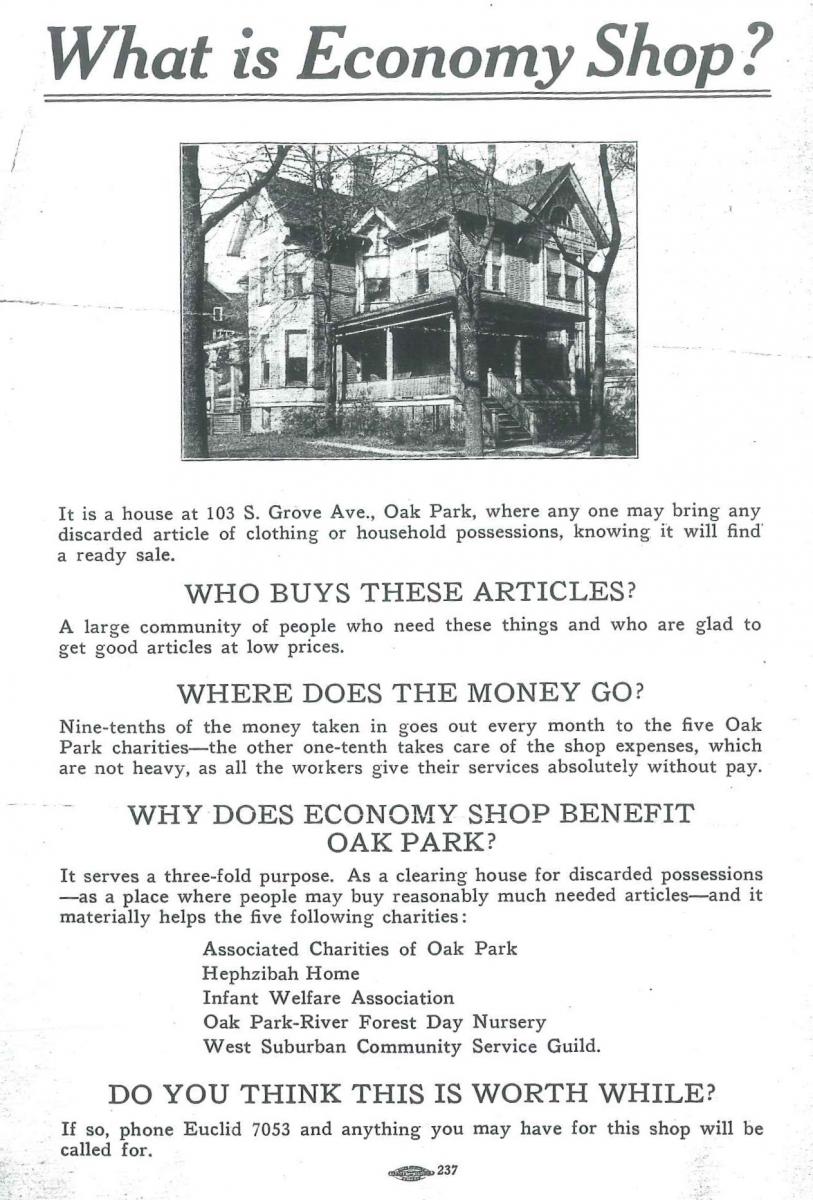 The video below features images of volunteers and customers at the Economy Shop through the decades.